You are here: Home / 10 herbs for inflammation and pain

Chronic inflammation can ruin your health and your quality of life. To make matters worse, many of the conventional treatments for inflammation, such as NSAIDS, come with scary potential side effects of their own. If you prefer natural treatment, here are 10 of the best herbs for inflammation.

Inflammation comes in many forms. Painful inflammatory disorders like arthritis can make it hard to enjoy life and carry out everyday tasks. Even if it doesn’t cause any obvious symptoms, chronic inflammation still damages your health little by little.

Reducing your inflammation will help relieve any pain you’re experiencing and decrease your odds of developing a serious disease like cancer or heart disease later in life. Here are 10 simple, all-natural herbal remedies for inflammation. 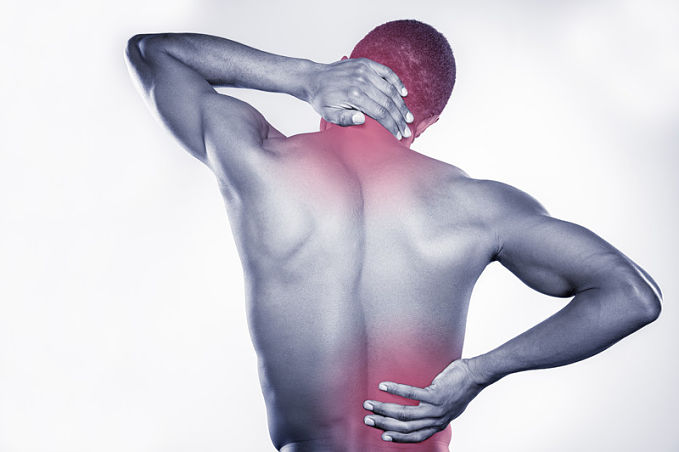 If you try just one natural remedy for inflammation, make it turmeric. Turmeric has been used to fight inflammation in traditional Indian and Chinese medicine for thousands of years, and recent studies have found that turmeric may be just as effective as ibuprofen for treating pain.

Turmeric gets its powerful anti-inflammatory properties from a chemical called curcumin, which is the same chemical that gives the spice its bright yellow-orange color. You can make a tea out of powdered turmeric (it has a strong flavor, so add some honey), or you can just add turmeric to your food.

For a more powerful effect, look for curcumin capsules online or at a health food store.

Ginger is famous for its ability to settle an upset stomach, but many people don’t know it can treat inflammation-related pain, too. However, the anti-inflammatory effect of fresh ginger is mild, so look for powdered ginger capsules – which are much stronger – if you’re seeking pain relief.

Steer clear of ginger if you’re taking blood thinners, though. Ginger can interfere with the effects of these medications.

Garlic doesn’t just taste great; it can also give your health a boost.

Garlic – which is technically a vegetable, even though it’s most often used like an herb – gets its inflammation-fighting power from a number of different compounds that contain sulfur. It’s been shown to improve cardiovascular health, and some researchers even think it can reduce the risk of certain cancers.

To get all the benefits of garlic, eat it fresh, not powdered. The more finely you chop your garlic cloves, the more nutritional goodness your body will be able to extract from them.

Willow bark contains a chemical called salicin, which is similar to the active ingredient in aspirin. For thousands of years, people all over the world chewed willow bark to reduce fever and pain.

You don’t have to gnaw on a piece of a tree to get the benefits of willow bark today, though. Most health food stores sell willow bark in the form of capsules, tinctures, or tea.

Boswellia, which is extracted from the same kind of tree that produces frankincense, contains compounds that prevent the body from producing inflammatory enzymes.

This herb can be just as effective as NSAIDs when it comes to fighting pain and inflammation. Even better, it doesn’t carry the same health risks as NSAIDs, such as stomach bleeding.

You can find Boswellia capsules online or at a health food store.

Devil’s claw, a claw-shaped plant native to Africa, is a traditional remedy for pain and inflammation. The root of the plant is used to make medicine. Like Boswellia, the effects of devil’s claw can rival those of NSAIDs.

Devil’s claw has been shown to help with osteoarthritis pain, but it may not be effective for rheumatoid arthritis or other types of inflammatory pain.

You can purchase devil’s claw in the form of capsules, tinctures, or the dried root itself.

It might seem counterintuitive, but cayenne pepper can fight inflammation in your body, despite the burning sensation it leaves in your mouth.

To get the benefits of cayenne, just add some to your food.

If cayenne pepper is too intense for you, try some cinnamon instead. Cinnamon is one of the most beneficial spices you can add to your diet.

Besides its anti-inflammatory effects, it’s also a potent antioxidant, and it may even be able to help fight diabetes. For a stronger effect, consider taking cinnamon capsules (but ask your doctor first, since some people are allergic to cinnamon).

For an extra anti-inflammatory boost, pair your black pepper with turmeric – the pepper helps your body absorb the beneficial compounds in the turmeric more effectively.

Rosemary is another common herb that may be able to reduce inflammation thanks to the antioxidant compounds it contains.

Mix a few drops of rosemary oil with a neutral oil, like coconut oil, and rub it on your aching muscles or joints. Don’t take rosemary oil internally, though – it is poisonous.

Use whole rosemary in your cooking or look for a rosemary tincture if you want to consume the herb.

If you’re looking for a natural way to treat pain consider using the above herbs for inflammation treatment and pain relief.

Many herbs treat inflammation just as well as over-the-counter medications, and you can easily incorporate some of them into your meals.

Of course, you should always check with your doctor before you start taking any new herb or supplement.