You are here: Home / Six herbal supplements to boost libido in men and women

Lack of sex drive can affect anyone at any age. Here are 6 of the best herbs for libido to help give your sex life a boost and put the spring back in your step!

Herbs were being used as medicine for centuries before pharmaceutical companies even existed. They continue to be used for their medicinal value today. Nearly every country on the planet has native herbs that the people of the region have been using to treat all kinds of ailments as far back as history can trace.

Since sexuality and sexual function have always been as vitally important to humanity as general health and wellness, is it any wonder that we would seek out herbs to treat sexual dysfunction in humanity’s early years? Many of the herbs used centuries ago are still in use today and can be found in health food stores, vitamin and supplement stores, and online herb shops. Here are 6 of the best herbs for libido. 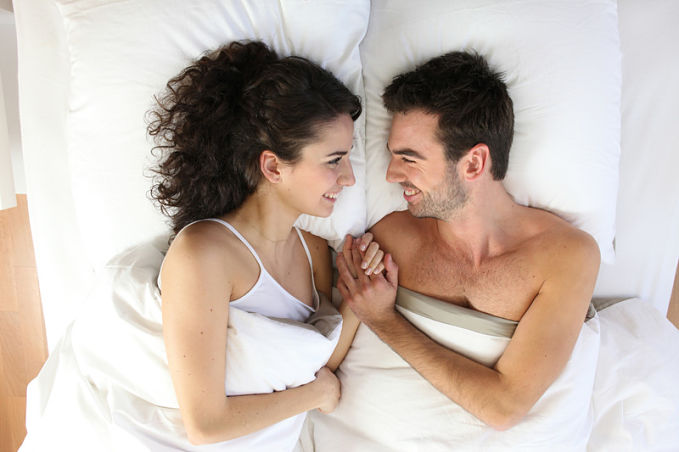 Damiana is a flowering plant that grows in the Southwestern United States, Mexico, and South America. The yellow flowers and leaves of the plant are dried and used to make tea. It has also been used in South American and Mexican liquors. Scientific study has given legitimacy to what shamans understood hundreds of years ago: that Damiana increases vaginal moisture and sexual desire, increases blood flow to the penis, reduces feelings of depression, and decreases menopausal symptoms.

Ashwagandha is a shrub that grows wild in India. It has been used for energy, mood, and libido for centuries and is known colloquially as Indian ginseng. The plant’s roots are ground into a pulp and used to make tinctures and extracts. Ashwagandha is used to increase blood flow to the genitals, boost endurance, and generally increase sexual desire. It can also be used as a mood enhancer to reduce stress, which can also help to increase sexual desire.

For hundreds of years, Yohimbe bark has been used as a natural remedy for sexual dysfunction in Western Africa, where the tree originates. Men and women can both benefit from the effects of Yohimbe bark, which is available in capsules in most health food and supplement stores. Yohimbe has long been used to treat decreased libido, erectile dysfunction, decreased feminine lubrication, and a host of other sexual ailments. Yohimbe bark can also be used to treat high blood pressure, high blood sugar, and even depression.

A native of Southeast Asia, Tongkat Ali is a plant that scientific study has validated in its medicinal use for treating a variety of ailments, including decreased libido. Originally, the plant was boiled and the water consumed. Today, it can be found as a powdered supplement available in capsules. Sexual effects have been proven. Tongkat Ali can increase testosterone in men, increase lubrication in women, and cause more intense orgasms for both genders. It is also commonly used to treat low energy and fatigue.

Cnidium monnieri, or CM, is a fragrant plant native to China. The seeds of this plant are used in Chinese medicine to boost circulation, reduce blood pressure, and increase libido. As a substance which increases blood flow, it is highly likely that use of CM as a natural libido enhancer is completely valid. Increased blood flow can help with erectile dysfunction. It can also make genitals more sensitive, making them more responsive to touch, and increasing possibility of achieving orgasm.

In its native home of Peru, people eat maca root as a cooked root vegetable. They also tout its benefits as a sex drive enhancer. Medicinally, the root is used in a dried, powdered form. This powder is sold in capsules, but it can also be used to make tea. Powdered maca root is used to treat low libido and erectile dysfunction. It is also said to generally improve orgasms, increase sperm production, and stimulate the mucus membranes in the vagina. Maca root may also help alleviate symptoms of menopause.

As you can see, there are several herbs which can be used by both men and women to increase libido, stimulate blood flow to the genitals, improve the sustainability of sexual arousal, and improve orgasms. These are tried and true herbal remedies that have been used all around the globe for hundreds of years. As with any medicine, be sure to follow directions on the packaging. Once you’ve found the herb that’s right for you, enjoy your newfound desire.