You are here: Home / Lysine for cold sores

Taking lysine for cold sores is an effective way of treating and preventing these unsightly and uncomfortable outbreaks.

Lysine is an essential amino acid, but it isn’t produced naturally in the human body. We absorb amino acids from the foods we eat or supplements we take.

Beans, peas, and lentils, also known as legumes, are the best source of lysine in vegetables. Red meat, protein, cheeses, dairy and soybean products such as tofu are abundant in lysine. Nuts, brewer’s yeast, and eggs also contain lysine.

Lysine is essential for the absorption of calcium, helps to form collagen, and helps with the creation of carnitine, the nutrient that converts fatty acids into energy and helps to decrease cholesterol levels in the body. Lysine also maintains muscle mass and aids in the regeneration of tissue, ligaments, and tendons. 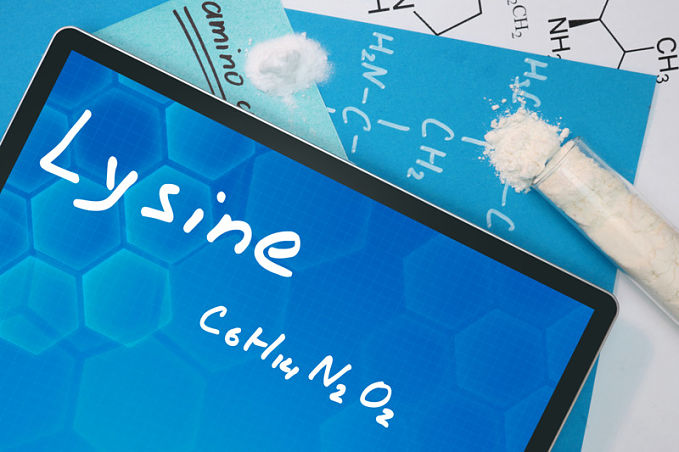 A study from the December 1, 2008 edition of Dermatological Nursing (Drugge and Allen, 2008) reported that lysine was effective in preventing outbreaks of herpes simplex and genital herpes.

Taking lysine on a regular basis helped to prevent outbreaks, but did not change the duration of the outbreak.

Other blind studies did show a reduction in the length and duration of the outbreak for up to 81% in larger doses than 1,000 milligrams.

A previous British study published in the Journal of  Antimicrobial Chemotherapy (Walsh, Griffith, and Behforooz) in 1983 surveyed more than 1500 subjects that reported cold sores, canker sores, or genital herpes over a trial period of six months.

The patients stated that symptoms were reduced by 71% when they took 936 milligrams of lysine daily.

Eighty-three percent claimed that it reduced the lifespan of lesions caused by herpes from a duration of six to fifteen days to five days or less.

Lysine is also speculated to be helpful in the treatment of shingles outbreak, although there are no documented blind studies as of yet. Shingles is related to the herpes virus as a sort of cousin.

Taking lysine should be discussed with your doctor, especially if you have a family history of gallstones or liver failure.

People with liver or kidney disease should not take supplemental lysine as it has been known in large quantities to cause renal failure.

Pregnant and breastfeeding women should consult with their doctor before beginning a regimen of daily lysine.

Studies have shown taking lysine for cold sores to be an effective form of treatment.

You should talk to your doctor before you start taking lysine.

Walsh, David E., Richard Griffith and Ali Behforooz. “Subjective response to lysine in the therapy of herpes simplex.” Journal of  Antimicrobial Chemotherapy, Volume 12, no. 5 (May, 1983): 489-496.